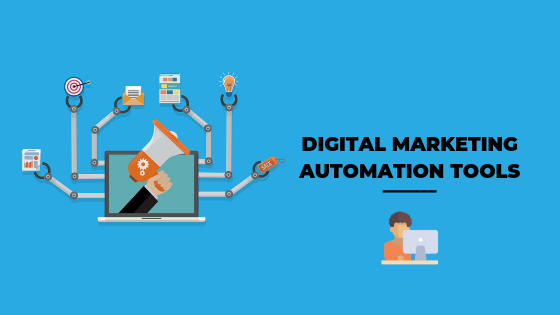 What is Digital Marketing Automation?

Digital Marketing is an industry that has plenty of room for automation which makes everything so exciting & fun. Before decoding Digital Marketing Automation; let’s get rid of elementary stuff.

Automation is setting things in motion such that it achieves the goal without your involvement, interference or supervision.

A very crude example of Automation would be, A Microwave. All you to do is set the timer & at the predestined time it will beep & stop; leaving you carefree — not having you worry about constantly observing; making sure that the food isn’t overheated.

Now that the understanding of Automation is out of the way; it will be easier to understand Digital Marketing Automation.

There are a host of functions a Digital Marketer performs to get the job done. Spanning from Social Media Marketing, Search Engine Optimization, Email Marketing, Content Marketing — to creating reports to be served to the clients. In every step of the way; there are myriad of manual steps involved, the going gets only hard if you’re not automating anything.  Sure, with fewer clients you can take it; more so if you’re doing Digital Marketing for your company alone; but as the operations expand, more clients are roped; the going gets harder.

Before you suffer a burnout, it’s probably better to take matters into hand & make arrangements for sufficient automation.

Zapier is my personal favorite Digital Marketing Automation tool. This tool has made my life rather convenient. Zapier integrates +1500 Apps. Using Zapier you can integrate two apps. It’s called creating Zaps. The way it works is that you will integrate the two Zapier Apps which will work upon the provocation of a trigger.

I have used the Hellobar ⇄ MailChimp Zap. An integration for collecting email subscribers to MailChimp from Hellobar Opt-Ins.

Hellobar on it’s doesn’t have the functionality to integrate the contact list with MailChimp. If you use MailChimp as your preferred Email Marketing Platform, but use Hellobar’s Opt-In form to collect emails then it would become tiresome to manually add subscribers to MailChimp every single day. But not if you just Integrate Hellobar with MailChimp, the trigger to do so is, Hellobar collects subscribers & adds it to MailChimp Audiences. Bam! That’s all it takes.

Content Curation marks just the beginning, the important thing is to dissipate the content on all the social media platforms.

Buffer supports various Country Zone Times. You can schedule the social media content using Buffer at a predestined time & date. After having posts published via Buffer, you can hit the Analytics Tab to take a quick glance at how the post performed. The ride doesn’t stop here; using Buffer you can create gorgeous reports for your clients.

Not only will this tool assist you in keeping tabs over your social media activities; creating reports — but perhaps most importantly; this tool will help you factor in competitor analysis. You can simply add the brands you would like to monitor.

Social Media is a very crowded space; standing apart takes more than just strategy. It takes creativity, uniqueness — leveraging the trends. Not being able to keep up with that will cost you clients & business.

The automation functionality in Inclick Track helps users generate beautiful reports from the dashboard itself based on the date range. No more manually putting together the full report by scraping insights from individual posts. Want to catch up on the whereabouts of competitors? Well, you no longer need resort to stalk like a creep; this tool lets you add social media handles of your competitors so that you can track their daily insights. Find out in real-time what kind of posts are bringing them more engagement; which content is it that’s provoking conversations.

Recommended: How to research a brand using Inclick Track

Like it or hate it, MailChimp is the most robust email marketing solution Provider out there. If you’re just starting out; you’re tight on budget & are exclusively looking for some free solution to just get hands-on experience. MailChimp is exactly what you seek.

MailChimp lets you add 2,000 Subscribers for free with 10,000 Monthly emails. Bonus; you get to create beautiful landing pages to capture or nurture the leads as you go on.

The best part is yet to come.

MailChimp allows you to pay as you go adding more subscribers.

Speaking about MailChimp automation; where do I even begin?

Using MailChimp you can create Automated Emails that will be sent automatically to the new subscribers. Great way to promote your latest E-Book or an untapped value proposition you just discovered. The welcome mail can go entailing the Free E-book [Lead Magnet] or some CTA that’s important to your business.

For E-Commerce, using MailChimp you can deliver automated email to a visitor who added a product to the cart, visitor who just joined, retarget website visitors with email. You can dedicatedly shoot automated emails to all who made a purchase; asking to review the products they purchased.

The range of email automation that MailChimp has to offer; really takes the load off the chest. In the absence of available email automation, you will have to individually nurture the potential leads; which is unimaginable.

You must have come across these automated Facebook Messages by a Brand or Personal Brand; where they are shooting tailored messages to you right on time. ManyChat is a freemium tool we use for creating & configuring a Facebook Chatbot.

In the absence of tools like ManyChat, MobileMonkey & ChatFuel you would have to create a Facebook Messenger Chatbot using Python; which is a programming language.

But, why go through so much trouble. We Digital Marketers like to save time & efforts wherever possible.

ManyChat is the tool that will help you save time & create Facebook Messenger Chatbot in <10 Minutes.

Using Facebook Chatbot, you can automate workflows right from the moment a user joins your Facebook chatbot to them join a certain course via Facebook Chatbot. You place action buttons to fetch the response from users in real-time, each action button starting its own chatflow automatically. The action button which they choose acts as the trigger for the series of automation that takes place. For example, there can be two action buttons after a certain message, Yes & No. YES can start a chatflow; whereas No can stop it right there.

Using ManyChat you can configure a comment guard for your social media contest where you wanna notify or reward people adding comments.

For example, you’re a Cafe. You are running a contest. You can declare the contest using the post & urge users to comment “I’m in” to know how they can win. You will configure comment guard on that post such that every comment automatically gets a message stating how they can WIN. Now that is automation that can save you countless hours of manually DMing the users.

No Digital Marketing Automation Tools list is ever complete without HubSpot. HubSpot has it’s set of tools that help your business seamlessly craft Inbound Marketing Strategy. There’s an overwhelming amount of goals that HubSpot manages to accomplish for your business.

Basically, HubSpot is a tool that intrinsically caters to Inbound Marketing. The range of HubSpot products includes

The range of Automation that HubSpot provides are

Conversation Bots on your website that will automatically encourage visitors to chat. The bot will try to identify the visitor as a potential lead to be eventually converted as a customer.

There are pop-up forms to capture the lead, snippets to migrate traffic to the desired page. Email Marketing tools by HubSpot helps send tailored email campaigns to prospects, initiate email sequencing to convert the potential lead. Heck, you can even send an email to the prospect who came across your conversion optimized landing page but didn’t convert. You can conduct A/B Testing with Landing page creation tools that are available.

To get into the crux of why HubSpot is so awesome, you need to understand Inbound Marketing Methodology. HubSpot has launched a course on the same that too for free. Want to spy on your competitors every ​whereabouts? Want to be notified of every noise that your industry makes?

If the answer to the above two questions is yes, then Google Alerts is the perfect tool for you. P.S it’s a Free Tool.

We Digital Marketers are well aware of the disproportionate amount of data that Google has, and keeps receiving every day.

Google Alerts is a listening tool using which it filters out that data for marketers use. The data is aggregated and dispersed according to the keywords or topics users have turned on in their Google Alerts. You don’t even have to regularly go to Google Alerts Dashboard to consume the insights, Google Alerts will send you emails as soon as there is any noise on the keyword or topic you have selected. Marketo is a Lead Generation, Lead Management, Lead Nurturing Automation Tool by Adobe that takes the guesswork out of the way & delivers concrete results.

Marketo leverages Artificial Intelligence to deliver tailored content to the right users. Using Marketo you can actually streamline the Marketing & Sales department. You can update the status of lead so that the sales team can contact the qualified leads who are ready to talk business.

One fine example of obtaining seamless automation using Marketo is,

You can set up certain triggers such that if a certain visitor visits the pricing page thrice (you can set the limit) then that visitor gets a triggered email; if he doesn’t reply then you can trigger email sequencing until you can take things forward. (there are email templates to save time). You can even add SMS Marketing channel for the hard sell.

Using Marketo you can create gorgeous landing pages by accessing the wide range of Landing Page Templates Marketo repository has. The Landing page is conversion optimized. To make things interesting you can initiate A/B Testing for both Landing Pages & Email Campaign to find the winning audience. The Marketo A.I will automatically determine the winning audience & implement the winning test for all campaigns.

What Digital Marketing Automation are you using that has been a total game changer for your business. Share with the community in the comment section.

Join us on Social